Is Shang-Chi the Next Black Panther? 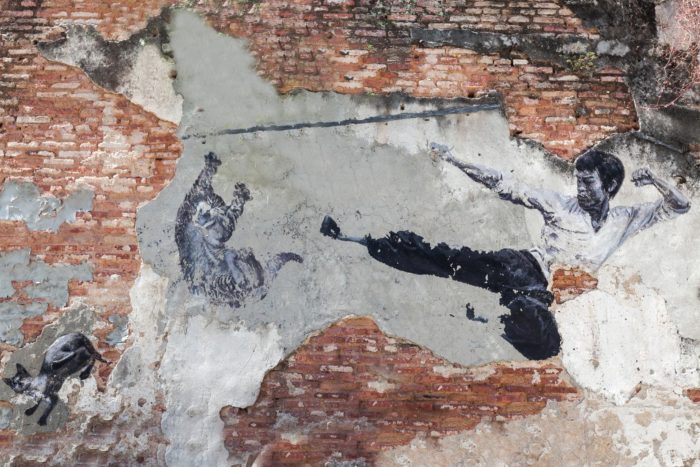 Subscribe to our Newsletter and win a free Shang-Chi Volume 1 Omnibus!

Shang-Chi and The Legend of The Ten Rings is a highly anticipated Marvel Cosmic Movie set to be released in September. Besides the fact that the movie closely relates to the icon Bruce Lee, Shang Chi is also the first Marvel comic to feature an Asian lead ever. The movie Stars Simu Liu as Shang Chi and follows his life as a young Martial Artist who has been raised, bred and trained to be an assassin since childhood.

Shang Chi is the son of Fu Manchu, a powerful sorcerer and criminal genius, who heads an entire criminal organization. When Chi learns of the evil nature of his father and the empire that he has worked for his entire life, he decides to leave and start a new life. However as he grows older, the past eventually catches up with him after his father sent assassins to kill him.

Shang-Chi's character was created back in 1972. His abilities have evolved over the years and although he possesses no supernatural powers, he has carefully mastered the technique of Martial Arts and can easily harness his Chi; an ability so sleek that he can dodge bullets. He has also learnt Kung-Fu which is also awesome.

So why an Asian Superhero Movie? Marvel came to the realisation that diversity breeds more money in 2018 when Black panther hit the skies and accumulated a whopping $1.3 Billion all with a $200 Million Budget. This prompted Marvel Comics to focus more on producing diverse content hence the creation of Shang-Chi and the Legend of the Ten rings which comprises a predominant asian cast.

Most may argue that there is no correlation between this blockbuster and Black Panther but these two films have more in common than you think. Here are ways Shang Chi and the Legend of the Ten Rings is Similar to the Black Panther Movie and ways it is not; 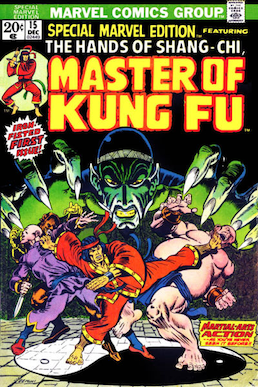 Both Movies have unique Lead Characters

Black panther was the first Marvel Cosmic Universe movie to feature a black lead character ever. King T'challa made his debut as the first black superhero in Marvel history and left an impression. In comparison, Shang Chi and the Legend of the Ten Rings also features the first Asian superhero

Shang-Chi was trained by his father since he was a child to be so powerful that even the strongest people in the universe could not kill him. He had to train at all times and was always presented with tough assignments to test him and gauge the progress.

True to his father's ambitions, Shang-Chi became a force to reckon with. He perfected Kung-Fu so well that he is commonly referred to as the Master Of Kung-Fu. T'challa also received training since childhood. In the Wakandan way, training is stipulated as a requirement especially for male royalty who have to earn power through show of strength.

After the end of the war between the two most powerful superhero factions, the Avengers and the X-men, Captain America and iron man embarked on a mission to recruit more members into the Avengers group and make it more formidable.

Shang-Chi was identified by Captain America and enlisted as an avenger for this newly found initiative. He was of great help to the superhero group; he helped fight and win several battles such as the Assault on Mars where The Garden had kidnapped several members of the Avengers.

Although Shang-Chi was already powerful when he joined the Avengers, his abilities (the Chi in particular) greatly improved with assistance from Iron Man who gave him personalized weaponry.

Black Panther also featured as a member of the avengers, even though it was for a short period of time, on various occasions. His first appearance being in Captain America: Civil War and later on in Avengers: Infinity War. 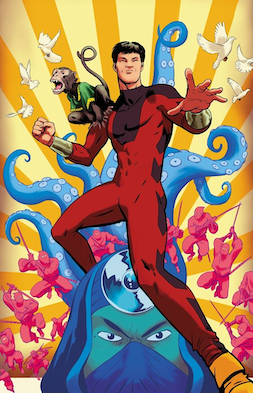 Shang Chi and Black Panther are not Super humans

In both shows, each of the lead character is an ordinary human. Shang Chi is a Kung-Fu master with no supernatural abilities, only Kung-Fu mastery and the ability to harness his Chi. Similarly, Black Panther is also a normal human being who only gets his amazing abilities from the vibranium-infused suit that he wears.

Shang Chi and the Black Panther are all formidable opponents in hand combat. Shang Chi has his Kung-Fu and very lethal assassin training while Black panther is well vast in the Wakandan ways of battle. Needless to say, both characters are fiery hand-to-hand combatants.

Shang Chi has a set of assorted weaponry that help boost his agility. The ten rings, so they are called, are powerful braces which are won on both hands and emit energy that can be directed towards a target.

The black panther on the other hand has a customized suit infused with versatile wakanda technology that enhances all his abilities. 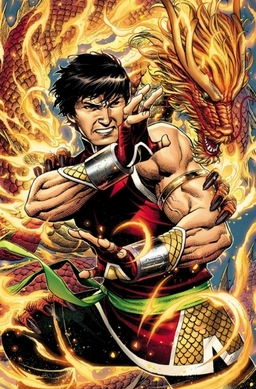 Shang-Chi as the new Supreme Commander of the Five Weapons Society, in Shang-Chi #1 (September 2020)

Ways the Two Cosmic Movies are not similar;

In as much as the two Marvel Comic movies may have alot in common, they are still two different storylines and have been set in two completely different worlds.

The legendary Shang Chi is projected to become as successful as Black Panther was in 2018. The entertainment giant, Marvel, has been on a quest for diversity in all its movie/film productions ever since. And as Rolando Rodriguez, Marcus Theatre's CEO and the chairman of the National Association of Theatre Owners, plainly puts it; Film diversity is the only right thing to do and frankly, more important from a business point of view.

Collect one of the most groundbreaking Marvel storylines of all time!

The 4 volume Shang-Chi omnibus set is the perfect collector's item for any Marvel fan. For a limited time you can subscribe to our newsletter to win volume 1, or purchase them from Amazon using the links below... 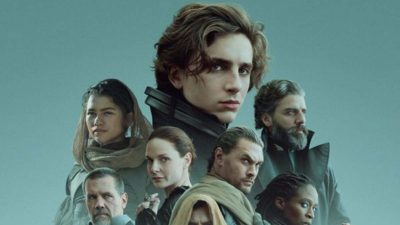