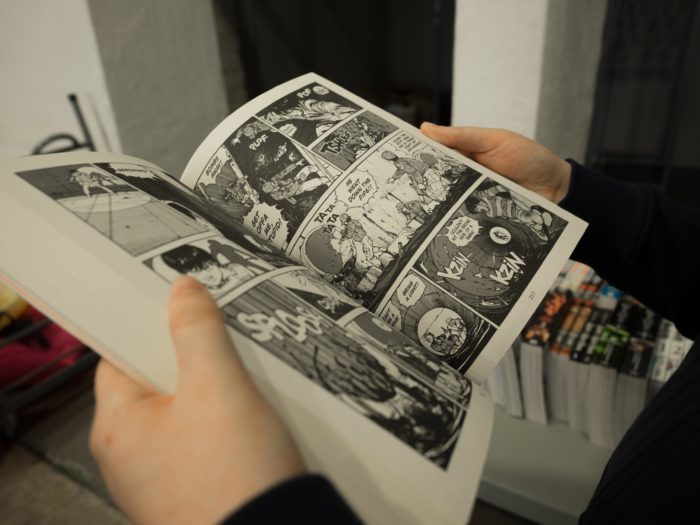 Manga, also known as Japanese comics, are very different from your regular Marvel or DC comics. They have more genres than you can ever imagine. It is one of the main reasons manga are so versatile. The one-shot is also a type of manga that is my personal favorite. These manga are complete and have only one chapter (70-80 pages maximum). You can finish them in one sitting. They are very quick and easy to read, and the story is remarkable. So let’s look at the 10 best One-Shot manga you should definitely read.

Once, there was a time when wolves used to reside in Japan. Sadly, it has been long since their extinction. The story of Ginrou no Sakura is from the Meiji era. A poor outcast girl named Sakura is on her quest outside of the village to hunt a werewolf. Unfortunately, Sakura is the one who gets trapped by the werewolf. And the werewolf has some demands from Sakura. As he is the only one left from his clan, he wants to marry Sakura and continue his bloodline.

Ginrou no Sakura is a very cute romantic story. It is a stand-alone special chapter of another manga by Hibiki Wataru named Oiran Girl.

Once upon a time, a girl from the Red-Riding hood clan fell in love with a man named Wolf. Wolf rejected the girl very harshly. Red-Riding hood was a clan known for its sorcery skills. So the girl cursed Wolf that if ever one of his descendants falls in love with a Red-Riding hood, he/she will turn into an actual wolf. Because of this curse, the two families became rivals. But love blooms in the most unexpected way, doesn’t it?

This one-shot is kind of a mixture of Grimm Brothers’ Red-Riding hood and Shakespeare’s Romeo and Juliet. The art is cute and the story is entertaining.

Mizuki was an orphan girl until Kei took her under his wings. Since then, the two of them have been inseparable, mostly because Mizuki does not want Kei to live alone. Kei is a listless man who does not have any plans to start a family. But everything changes when one day, Mizuki catches an incurable weird disease that will slowly turn her into a tree.

Ultimately, it is a love tragedy and a story teaching us “You don’t know what you got until it’s gone.”

Some Fun Facts: There is a deep-rooted history behind the manga name. The meaning of Renri no Eda is Intertwined Branches. There was a legend in ancient China related to this, which later contributed to creating a famous poem called Chang Hen Ge. This poem tells the story of a king and his concubine who were deeply in love but could not end up together. So, the king wished that they could be born as two branches of a tree intertwined in the next life. This great poem later inspired Murasaki Shikibu to write the first-ever novel in history, Genji Monogatari. Can you believe the first-ever novel was actually written by a woman?

Rondo is a very you Shinigami (Death God) and he is on his way to accomplishing his first mission. That is to take the life of a young girl. Horiuchi Honoka is an 8-year-old girl suffering from a terminal disease who has only a week to live. But whenever Rondo gets close to Honoka to steal her life, her smile gets in his way. It’s like whenever she laughs and smiles, the young Shinigami cannot make himself take her life. Who knows how the story will end? But just so you know, the kiss of a Shinigami can kill you, the tear of a Shinigami can also save a life.

Chou no Ito is a sweet doomed romance manga. It is a love story between a butterfly and a spider. Yes, you heard it. A love story between a predator and the prey. Lilia was only a caterpillar when she first met Hans. Despite being a spider he saves Lilia from a bird attack. Lilia instantly falls in love with Hans. So after transforming into a butterfly, she goes to Hans again to confess her love.

But fear not! As a fellow arachnophobis, I completely approve of this manga. I wouldn’t mind at all if the spiders in my house are as cute as Han. Actually, it would save me from several heart attacks. 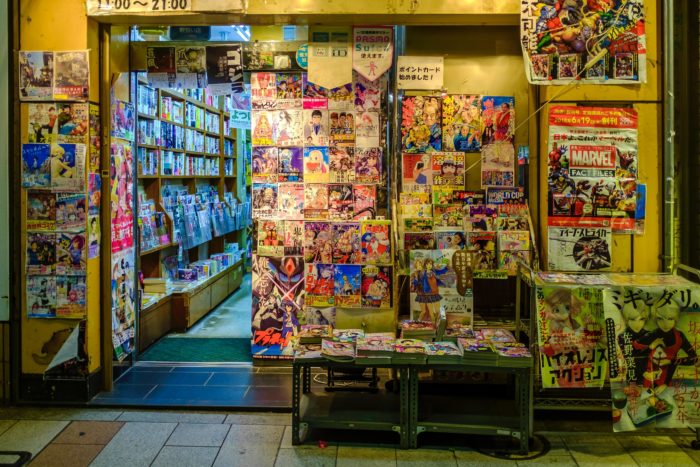 Lost Man tells the story of a dying man’s last wish and a young girl who just wanted to visit the amusement park. The beginning of Lost Man may seem like a thriller to you. But there is a sweet unexpected twist in the end.

This manga speaks of child abuse and how it can scar a person for life. The story is extremely unique and unexpected. This manga will definitely be worth your time.

Half & Half is the pilot standalone extra chapter from Seo Kouji’s manga Love Letter.

Shinichi and Yuuki are two complete strangers. After an unfortunate accident, both of them die and go to purgatory. God plays a trick on them. He connects their hearts and gives them an ultimatum. For seven days, they cannot live apart from each other and after the time is over, they have to decide who will die and whose life on earth will go on.

Akino was a young girl when she met Konoha, the spirit residing in the deep blue tree. Since then, every autumn she visits Konoha because that is the only time when Konoha can get outside of the tree as the leaves begin to fall. But Konoha is a spirit and they cannot touch each other. With each year passing, the longing, and love for each other increase. Will this doomed romance find a happy ending?

If you are a veteran anime watcher and Otaku, you have probably watched Hotarubi no Mori e. The story of Kon no Ki Konoha is very similar to that. 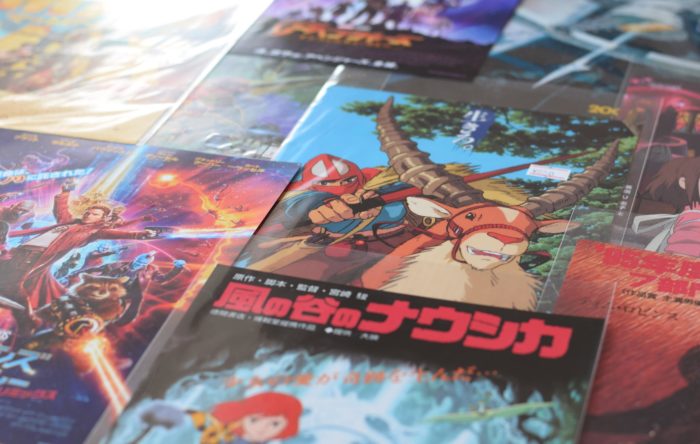 A collection of Japanese movie posters from a memorabilia shop in the Nakano Broadway shopping mall in Tokyo, Japan

Hollywood movies have really done a favor to sharks appearing as villains in from of the audiences. The always hungry predator of the sea that knows no mercy. But the truth is humans are not doing any better either. The cruelty to sharks in order to make shark fin soups is an utterly disturbing and heartless deed.

The Specific Heat Capacity of Love is the story of a friendship between a shark and a seagull. The art is very soothing and the story is heart-achingly good. It is one of those stories that will stay with you forever.

It is a manhua (Chinese comics) by the way.

Tokidoki (or Dokidoki) is the Japanese word to express the sound of a heartbeat. In the world of Tokidoki, Kokuhaku is a heart disease that numbers the total number of heartbeats of a person. Takagi is a high school teenager who is suffering from such a disease. In order to live longer, she must not do anything exciting that will cause her heart to beat faster. But then she meets her classmate Ijima Hato (AKA Poppo-kun) who believes if you are not living your life to the fullest, there is no point in living.

If you want to read more one-shot manga, here is the list of top one-shot manga according to MyAnimeList: Top Manga - Top One-shots. 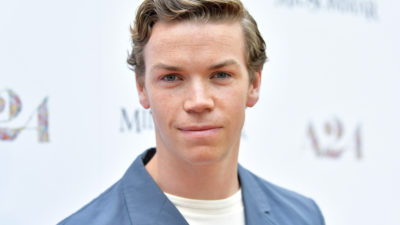 The MCU Has Found Its Adam Warlock: Will Poulter Cast to Play Adam Warlock in Guardians of the Galaxy Volume 3 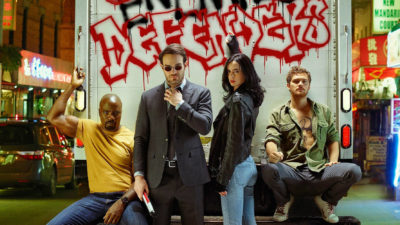 The Marvel Characters That Netflix Left Behind: What Will Happen to the Defenders? 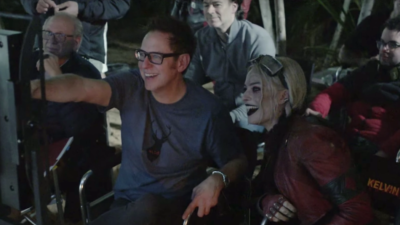 The Suicide Squad and Zack Snyder's Justice League: Is DC Finally Back on Track?